Chair of Judges Nigel Barden, Co Chair of Judges Elaine Lemm, Ashleigh O’Mahony, Food Trends Reporter at The Grocer and, joining the panel for 2019, Georgina Wald, Corporate Communications Manager for Fuller, Smith & Turner are just some of the 2019 Farm Shop & Deli Awards judges who faced the difficult task of whittling down the category finalists this year.

Returning for the sixth year, the awards, which are sponsored by Garofalo pasta, commend retailers’ success in speciality sectors and regions respectively. Category awards are up for grabs across 11 different specialisms including Butcher of the Year, Delicatessen of the Year, Farm Shop of the Year and Online Business of the Year, which has tripled in the number of entries received for 2019.

The 12thAward up for grabs is ‘Newcomer of the Year’ and it’s positive to see that the number of young businesses entering the awards continues to grow year on year and, for 2019, champion seven of the nine award regions from across the UK and Northern Ireland. With more established companies also competing in the awards, there is certainly a diverse representation from the entire sector and the judges have a fantastic range of entrants to cast their eye over.

Over the past six years the standard of entries has continued to rise in each of the 12 categories, making the judges’ deliberations in November, and the secret visits to confirm the shortlist, an integral part of the process. Regardless of the number of entries a category may receive, the judging process ensures that the best contenders are supported and celebrated, regardless of how many finalists the awards may end up with. The organisers have absolute confidence in its hard working judges and their final decisions and thank them for supporting the awards with such integrity.

Chair of Judges and Food & drink journalist & broadcaster, Nigel Barden, says: “I am delighted to continue to be involved with the Farm Shop & Deli Awards. It’s a fabulous initiative for the sector and offers the best way to recognise and reward excellence for the UK’s local, artisan and high street speciality retailers. These awards are so important for the industry. One really big factor is the quality of judges. They’re really right across the board from retailers, from producers from food and drink journalists.”

Co chair of judges, Elaine Lemm, adds: “I feel these awards are so important to the industry. The farm shops and delis are a very specialised sector of retailing in this country and this is a chance for them to have their voice heard, and really to get it out to the public just how important these businesses are.”

This year there are 50 businesses shortlisted as category finalists, which include nine who are also potential ‘Newcomer of the Year’ winners. The regional winners, who represent the very best retailers that stand out among their local competition from across nine UK regions, will be selected from the category finalists and also announced live at the awards ceremony at Farm Shop & Deli Show, 3.30pm on Monday 8 April  – as well as the coveted Farm Shop & Deli Retailer of the Year.N

Baker of the Year

Butcher of the Year

Cheesemonger of the Year

Delicatessen of the Year

Fishmonger of the Year

Foodhall of the Year

Greengrocer of the Year

Newcomer of the Year

Online Business of the Year

Regional winners will be selected from the above finalists and announced at the show, 3.30pm on Monday 8 April as well as the overall ‘Farm Shop & Deli Retailer of the Year’.

The Farm Shop & Deli Show runs from Monday 8 April through to Wednesday 10 April 2019 and visitors can register for free at www.farmshopanddelishow.co.uk. 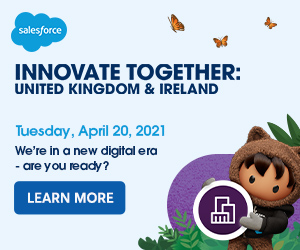