People’s Captain is changing the game when it comes to craft beer. Founded by professional rugby player, Greg Bateman, currently playing for the Newport Gwent Dragons, the independent company is centred on an ethos of bringing people together over a great selection of craft brews.

In 2019 Greg addressed his personal battle with depression on social media, and candidly opened up about his mental health struggles. His openness surrounding what is a fairly taboo subject in rugby has opened the door for others to engage in conversation, and seek help for mental health issues.

The idea for People’s Captain was first ignited when Greg spoke about his turmoil to a friend over a drink. It was from chatting openly that he set his sights on producing craft beer, that not only tastes great, but also builds something strong, positive and long-lasting that really makes lives better.

– Legend (4.2% ABV Session APA) The signature core hero. This is an American pale ale you won’t forget. With a body to die for, the super citrus kick keeps it refreshing enough to keep going back for more.

– Islander (5.5%, NEPA) Inspired by stories of the pacific islands with genuine tropical flavours, a classic New England American Pale. Islander is unfiltered to leave all the goodness in which also gives it the classic hazy body that craft drinkers love.

– Short & Stout (5.0%, Milk Stout) A Milk Stout with a twist. Using less darkly roasted malt and using the natural sweetness of caramel and lactose to give a beautiful sweet stout. Back hopped with mosaic will leave you with a malty biscuit based and blueberry on the nose.

– Stereotype (4.5%, Lager) Greg wanted to brew an ‘English’ style lager, unlike a Pilsner which requires far more pressure to allow the Hellertau hops to do their work. The result provides a very crisp, refreshing, earthy flavour with subtle nectar fruits on the nose.

As an advocate of positive mental health, Greg incorporated People’s Captain to support its very own charity, The People’s Captain Foundation. The charity will take a % of the sales to raise £1million to help boost Britain’s mental health as well as provide brave and brilliant initiatives for those that need it most. 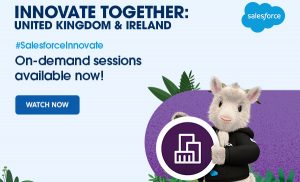