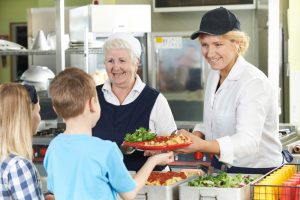 Once more demonstrating its commitment to continually improving its offering, this summer saw YPO introducing a new framework initiative for its members, as Darren Byford, Food Business Manager, recently explained to FMCG.

“The motivation behind the initiative has been to provide public sector customers across the whole of the UK with a single point where they can buy the food they need to run their catering service,” outlines Darren. “We introduced it on 1 July of this year but the initial work began in August 2015. We spent around two to three months engaging with customers to find out what was the best solution to meet their needs, whilst at the same time making sure it was realistic for suppliers to bid for.

“From a customer point of view we’ve had interest from far and wide, from the south of England to the extreme north and all points in-between. From a supplier perspective, meanwhile, we had an extremely good response to the pin notice that we placed in January and this has come to fruition with 45 suppliers now on the framework.”

Despite the success it has had in putting together the framework, there were some challenges that had to be overcome, as Darren points out: “We had to create a set of documents that the marketplace would understand, so we’d be able to give customers extreme flexibility, whilst still using the European procurement regulations. We therefore had to make it not too onerous and as straightforward as possible. At the same time, we’ve had to satisfy the needs of the procurement regulations and made it easy for suppliers. That was quite a big challenge, which is possibly why it’s taken us as long as it did. We were determined, however, to make sure that we went out to the marketplace with an offering that ticked all the boxes and did the thing correctly, which it has done. The key to paving the way was talking to the entire supply chain about making the process easier for them and to the customers about exactly what they wanted. We then linked the two up to come up with a suitable solution.”

This high level of diligence and hard work has obviously paid off as the reaction to the introduction of the framework has been overwhelmingly positive, despite it still being relatively early days.

“The feedback has been absolutely magnificent. At a conservative estimate we should have approaching 700 new customers on the deal by the end of the year. This is in-line with our original expectations and is certainly where we wanted it to be. We were looking for as soft a launch as possible because there’s an awful lot of work involved when creating a new framework. However, taking our time has given us the opportunity to make sure that it does the job that we wanted it to do and that it’s simple and straightforward to use.”

To help with the development of the new framework, YPO strengthened its team with the recruitment of Jane Garner, who is a procurement specialist. She was integral in the creation of the framework, as Darren outlines: “Jane helped specify the framework from the very beginning and carried out all the commercial activity to support it. She’s since been busy marketing it to really maximise its impact and she’s been doing an exceptional job.”

As it looks to keep this momentum going, YPO has been attending various LACA and Academy Support events, whilst it is also planning various roadshow-type events in key parts of the country. “Our sales team are out and about picking up leads for us but it’s a fairly ‘softly, softly’ approach because we don’t want to build expectations too quickly. Given that we’re pushing 700 new customers this year already, we’re more than happy with how the marketing campaign has gone and the introduction to the marketplace that we’ve achieved. We’ve also started to see an encouraging amount of interest from the NHS.

“In the current climate, when there’s a fair amount of uncertainty within in the public sector and cuts are having to be made, the benefits of the service that we can provide are in more demand now than ever before. Over the last two years or so we have been proving to our customers on an individual basis that we can save them money and because we’re public sector-owned we’re very much talking their language as we’re a ‘not for profit’ organisation. It’s a pure cost saving exercise that has really benefitted customers as they can make some substantial savings on this deal in terms of price, effort and time.

“As we look to continue the progress we’ve been making, in the year ahead I’d like to see that when individuals within the public sector are thinking about buying food that they’ll think of coming to us first, whatever catering outlet they look after.”

As more organisations become involved with the framework, YPO will be in a better position to demonstrate the savings and benefits it can offer, which is sure to see interest snowballing further.