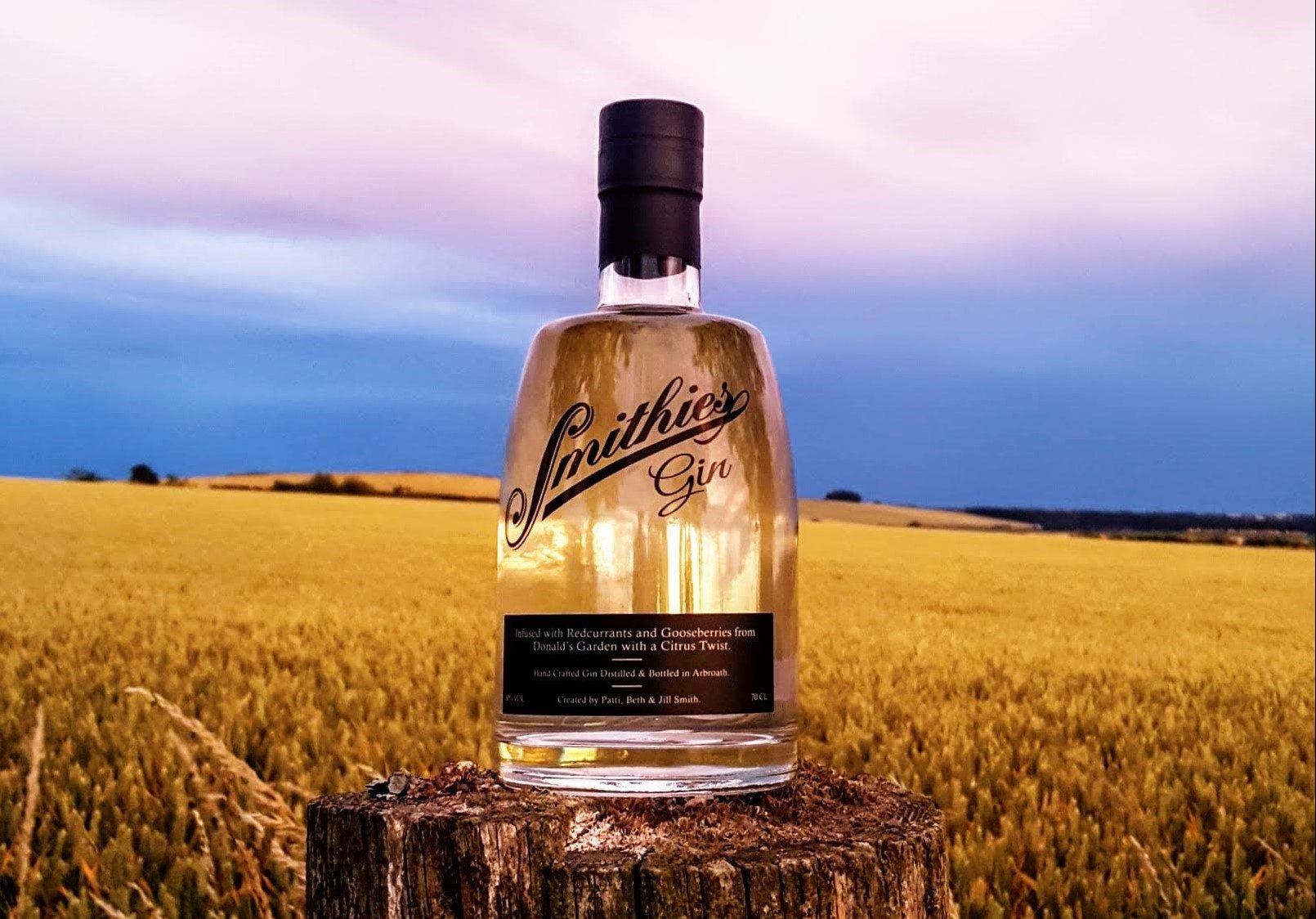 The family behind the Gin Emporium, Smithies Deli, in Arbroath has announced their intimate knowledge of the gin industry is to be put to good use with the launch of their own gin brand, Smithies Gin Company.

Smithies Gin Company is the brainchild of Patti Smith and her two daughters, Jill and Beth, who have been inspired by craft distillers that are making delicious and original tasting sprits that also have a story to tell. The idea originated from Patti’s dad, Donald’s, beloved garden filled with beautiful plants, flowers and herbs.

Patti Smith first opened the doors of the Smithies Deli in 2000 on the site of an old Lipton Tea shop which was also a former butchers shop in Arbroath. Over the past 18 years the deli has evolved into a coffee shop with focus on selling a wide variety of spirits and liquers. As the popularity in gin has grown over recent years so too has the the stock of the deli, which now sits at 200+ different gins from many countries all over the world.

Patti said: “Smithie’s reputation as a deli and drink specialist sees people travelling from far and wide to select and sample gins from our ever expanding collection. We’ve sourced gins from all over the world and as far away as Japan and America, while also developing a large Scottish selection for our customers to enjoy.

“Since introducing gin into Smithies I’ve been obsessed with sourcing good quality gins, especially Scottish and local gins. We are also very good at sampling it ourselves, which was extremely useful when it came to making a gin that we are absolutely satisfied with putting the Smithies name to.”

Jill said: “Beth and I grew up playing in my Grandad’s garden where he spent hours growing and tending to hundreds of different flowers and fruits. In particular, his greenhouse was a source of wonder where he grew a forest of tomato plants. He died in 1994 but his love of botanics and creating something original inspired us to make a gin that reflected his creativity. Mum tells us he used to fill match boxes with seeds or cuttings when he was on holiday. Our family moved into his house and so we’ve been able to use some of the original plants that he established to make a gin that three generations of our family has been involved in bringing to life.”

The mother and daughter trio wanted to create a gin that didn’t dictate pairings or accompaniments, but that was refreshing to drink with a simple tonic while also able to handle a more robust flavouring if desired.

Beth said: “Once we had our gin, we wanted to test its versatility. We’ve found that so many gins on the market are very prescriptive. The ethos behind Smithies Gin Company is that we want to people to drink it the way they want to drink it, and can pair it to their own palette if they are in the mood for a particular flavour. We have tried just about every flavour and garnish we could think of from orange peel and lavender to tomato and basil, which is surprisingly one of our favourite combinations. We’re excited to see how people enjoy our gin and the pairings that they love the most.”